The Countess from Kirribilli

The mysterious and free-spirited literary sensation who beguiled the world 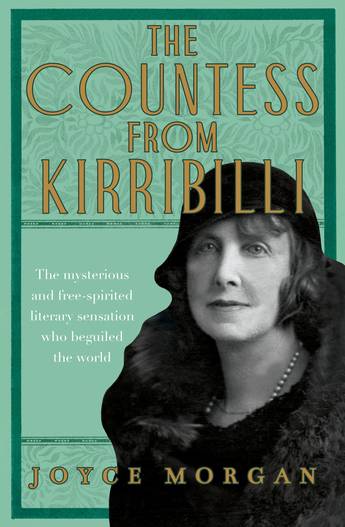 She was Australian born, an international bestselling author and a member of the glamorous literary, intellectual and society salons of late nineteenth and early twentieth century London and Europe

She was 'amused, cynical, ironic, loving, gay, ferocious, cold, ardent but never gentle'. She was a whirlwind. She created around her the atmosphere of a Court at which her friends were either in disgrace or favour, a butt or a blessing.

Elizabeth von Arnim may have been born on the shores of Sydney Harbour, but it was in Victorian London that she discovered society and society discovered her. She made her Court debut before Queen Victoria at Buckingham Palace, was pursued by a Prussian count and married into the formal world of the European aristocracy. It was the novels she wrote about that life that turned her into a literary sensation on both sides of the Atlantic and had her likened to Jane Austen.

Her marriage to the count produced five children but little happiness. Her second marriage to Bertrand Russell's brother was a disaster. But by then she had captivated the great literary and intellectual circles of London and Europe. She brought into her orbit the likes of Nancy Astor, Lady Maud Cunard, her cousin Katherine Mansfield and other writers such as E.M. Forster, Somerset Maugham and H.G. Wells, with whom it was said she had a tempestuous affair.

Elizabeth von Arnim was an extraordinary woman who lived during glamorous, exciting and changing times that spanned the innocence of Victorian Sydney and finished with the march of Hitler through Europe. Joyce Morgan brings her to vivid and spellbinding life.
More books by this author

Joyce Morgan is a former arts editor of the Sydney Morning Herald. She is the author of Martin Sharp: His life and times, which was long-listed for the 2018 Stella Prize, and Journeys on the Silk Road, about the discovery of the world's oldest printed book. Joyce has written on arts and culture for more than three decades and has worked as a journalist in London, Hong Kong and Sydney. She is a Getty arts journalism fellow and Huntington Library fellow. British-born, she has travelled widely and lives in Sydney.