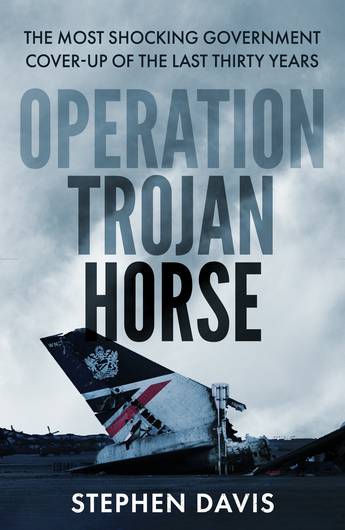 **Soon to be a major TV drama**
The true story behind the secret of Flight 149 and the most shocking government cover-up of the last thirty years.

On 1 August, 1990, British Airways Flight 149 departed from Heathrow airport, destined for Kuala Lumpur. It never made it there, and neither did its nearly 400 passengers. Instead, Flight 149 stopped to refuel in Kuwait, as Iraqi troops amassed on the border - delivering the passengers and crew into the hands of Saddam Hussein and the Iraqi army, to be used as 'human shields' during their invasion.

Why did BA flight 149 proceed with plans to refuel in Kuwait City, even as all other flights were rerouted - and even though British and American governments had clear intelligence that Saddam was about to invade? The answer lies in an exchange of favours at the highest echelons of government, and a secret, unaccountable organization - authorised by Margaret Thatcher - carrying out a 'deniable' intelligence operation to sneak in a group of intelligence offers into Kuwait aboard the flight. The plane was the 'Trojan Horse', and the plan - as well as the horrific, traumatic consequences for the civilian passengers - has been lied about, denied and covered up by successive British Governments ever since.

Soon to be a major TV drama, this explosive book is written with the full cooperation of the survivors, as well as astonishing and conclusive input from a senior intelligence source. It is a story of scandal, betrayal and misuse of intelligence at the highest levels of UK and US governments - which has had direct, horrifying impact on terror attacks in the West and the shape of the Middle East today. It is high time the truth is told.
More books by this author

Stephen Davis has been on the front lines of journalism for three decades, as a newspaper editor, foreign editor, investigative reporter, war correspondent, magazine editor, award-winning TV news and current affairs producer, documentary film maker and author. As a journalist, he was part of the launch team that set up the Independent on Sunday, where he was the news editor. He has worked for the Insight team of The Sunday Times and as an investigative reporter for The New Statesman. He has won multiple awards for his investigative reporting, including a silver medal at the New York TV & Film Awards, and has designed and run journalism degree programs in London, Sydney and Melbourne.