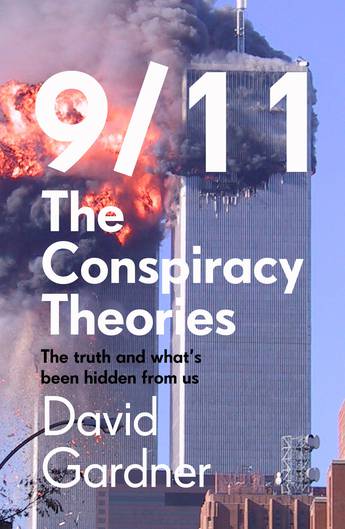 The time is right to learn what really happened on 9/11.

The time is right to unearth what has been deliberately withheld from the public.

Nearly twenty years ago, on 11 September 2001, four passenger aircraft were hijacked and flown into the World Trade Center in New York, the Pentagon near Washington, and a field in Shanksville, Pennsylvania. Nearly three thousand people were killed. The narrative in the weeks and months that followed seemed straightforward: the attacks had been masterminded by al Qaeda leader, Osama bin Laden, an embittered terrorist with an abiding hatred of the West. But, as the twenty-year anniversary approaches, that neat explanation still fails to answer some important questions surrounding that fateful day.

How did World Trade Center Building 7 - 100 yards from the Twin Towers - collapse so quickly and symmetrically when it had not been hit?

How could two rogue aircraft bring down three towers?

Did the US government help orchestrate the attacks as an 'inside job'?

9/11 Conspiracy Theories seeks the truth - not only of what we do know about 9/11, but also what has been intentionally hidden from us. Researching these stories with the help of strong first-person reporting and an in-depth examination of documentation released under freedom-of-information protocols, this book sheds new light on one of history's most tragic and troubling episodes, which shattered for ever the myth of America as a country immune to international terrorism.
More books by this author

David Gardner is an experienced writer and journalist, currently the US Correspondent for the London Evening Standard. He has worked for the Daily Mail as a crime writer and senior foreign correspondent, filing dispatches from Beirut and the first Gulf War - he was the first British print journalist into Baghdad - and later moved to California as the Mail's LA Correspondent. He has written several books, including The Last of the Hitlers (2001), an account of how he discovered the descendants of the German dictator; and Legends: Murder, Lies and Cover-Ups (John Blake, 2016), which investigates some of the most famous celebrity deaths in recent history, including those of President John F. Kennedy and Diana, Princess of Wales.