Jennifer Skiff is an award-winning television producer, journalist and author. Her #1 Inspirational bestseller, God Stories: Inspiring Encounters with the Divine (2008) has been published in seven languages.

After her job as Assistant Managing Editor of a nightly national news program in New York City, Jennifer began travelling the world as a Correspondent for CNN, WTBS and CNN International as an environmental investigative reporter. She's received the Environmental Media Award, a Gold Screen Award and has been nominated for the coveted Cable ACE Award for her writing and producing.

Jennifer's passion is animals and their welfare. Her first series,'Wildlife Minutes' was picked up by The Discovery Channel and syndicated internationally. After witnessing atrocities against bears in Laos, Jennifer, with the generous help of friends and the World Society forthe Protection of Animals, worked with the communist government to build Laos' first bear sanctuary.

Jennifer is currently a Trustee of the largest dog refuge in West Australia, where she lives with her Australian husband Dr Jon Sainken and their dogs. 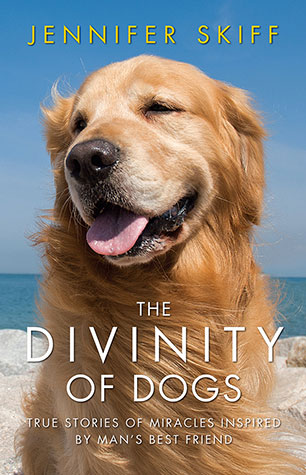 The Divinity of Dogs

A moving collection of amazing stories that will make you laugh and cry, show just how much dogs bring to our lives.

Beautiful World, Where Are You Sally Rooney AUD $29.99